STRAY CATS MARK THEIR 40TH ANNIVERSARY IN 2019 WITH A NEW ALBUM & TOUR!

STRAY CATS will mark their 40th anniversary in 2019 with a new album and tour. Brian Setzer, Lee Rocker and Slim Jim Phantom–original founding members of the acclaimed American rock and roll trio–are heading into a studio in Nashville to record their first new album in 25 years.  Peter Collins (RUSH, Stray Cats, Bon Jovi)  is set to produced the first project the Stray Cats have worked on in 25 years.  Encinitas, California based label Surf Dog Records will be releasing the project.  The first single will be “Cat Fight (Over A Dog Like Me)”. Check it out below. 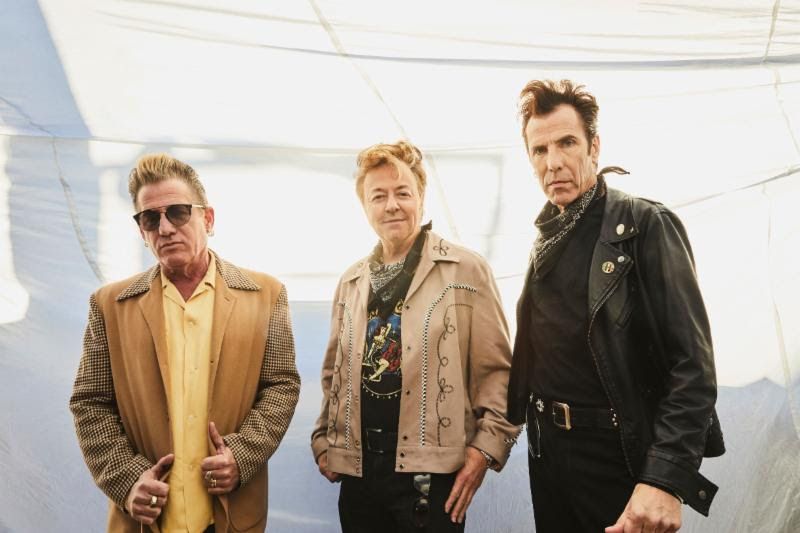 “Forty years ago, us three teenagers started a little band to play a musical style that had long since passed, and most folks had never heard of, this Rockabilly music. Forty years later we stand together and still get that same thrill and exhilaration from the music. That feeling is what makes the fireworks go off and the sparks fly. It makes the world go around.” –Brian Setzer

“Making a new Stray Cats album for 2019 in Nashville seems like the exact right thing, right time, right place, and right band for the gig!  We have an album’s worth of new songs that are classic rockabilly while keeping the music and style current and fresh, like always. In other words…A Stray Cats album.” –Slim Jim Phantom

“They say history repeats itself and I now know that’s true. 40 years after Brian, Jim and I formed the Stray Cats, we are back! I’m so excited to be in the studio with my brothers. I can tell you that this will be the best Stray Cats album we have ever made. The time is right, the songs are great and we’re ready to rock.” –Lee Rocker

Stray Cats are an American rockabilly band formed in 1979 by guitarist and vocalist Brian Setzer, double bassist Lee Rocker, and drummer Slim Jim Phantom in the Long Island town of Massapequa, New York.The group had numerous hit singles in the UK, Australia, Canada and the U.S. including “Stray Cat Strut”, “(She’s) Sexy + 17”, “Look at That Cadillac,” “I Won’t Stand in Your Way”, “Bring it Back Again”, and “Rock This Town”, which the Rock and Roll Hall of Fame has listed as one of the songs that shaped rock and roll