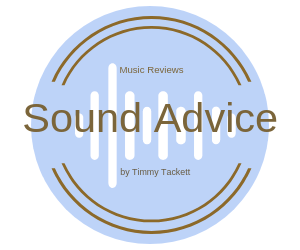 No other way to be but excited when you hear the sons of Greg Allman, Dickie Betts and Berry Oakley are putting out an album together, yet immediately after the excitement set in, I got a little worried. A few questions presented themselves, first being how do you live up to what is expected from you in this case? Secondly how do you avoid doing what is expected of you in this case? This reviewer is excited to dive into this album and see how these rock-n-roll princes answer these two questions.

All night opens the album with a 4 count off that I could have sworn was Greg Allman, the song quickly develops into a Southern Rock feel that’s a bit more modern than I expected. A track that fits in perfectly with Black Berry Smoke and other modern Alternative Country touring acts. The Hammond Organ and Slide Guitar work in the middle of the track gives a nostalgic shout out to their Namesakes, just before a blistering modern solo bust through and ends with more of an Allman Brothers vibe.

Track 2 Shinin’ begins and you’d bet your next paycheck that it was the Allman Brothers tune, while not necessarily a bad thing, it’s not a good thing either. For my ears and mind to call this a successful venture there has to be a balance of paying homage to your family and creating a new product.

Track 3 Try picks up where All Night ended, a vintage tone with modern marketability.

Track 4 Down to the River and 5 Autumn Breeze really got me, this is what I personally hoped to hear, melted butter bass tones, soaring guitar solos, psychedelic elements, soul music. These tracks highlight and feature each member of the band and leaves the listener wanting more.

Tracks 6 Good Ol’ Days and 7 Melodies are Memories are great compliments to the direction the album has taken, a good solid rock-n-roll album that borders sounding too familiar, yet saved by modern undertones.

Track 8 Southern Accents is the first time during this highly anticipated album that I wanted to skip a song before its end. Tired lyrics, played tiredly, almost pandering to Southern Americans, using words such as “youngin’s” that rolls out of Devon Allman’s mouth very unnaturally.

Track 9 Long Gone gets the album back on its path and is a great choice for a closer. A great soul feel that genuinely appeals to the targeted audience. Once again playing upon the listeners’ want of new Allman Brothers music, while maintaining modern and original material.

To close the review I will say I wasn’t let down, or blown away. To answer my two questions from the introduction, I was impressed by the tightrope walk of Following in Dad’s footsteps and finding your own way. I’ll rate this album a solid 3.5 stars, with a potential to grow on listeners the more spins it’s given.