The evolutional journey of the music of Sturgill Simpson has been a fun ride to tag along, being a listener since the days of Sunday Valley I learned quickly that any music released is like a grab bag of the unexpected and originality that can’t be labeled. The only question that remains is how far out are we traveling?

****** This album has an accompanying anime film released on Netflix, my review will be the music only, the experience may differ watching the film.

Ronin opens the album, an instrumental track reminiscent of a pre Dark Side of the Moon, Pink Floyd jam that seamlessly sets up track 2 Remember to Breath, a mid-tempo groove that the lyrics take center stage, a perfect way to begin the album.

Track 3 Sing Along, the first single from the album, hits hard with synth power and melody, a message of victory for the down trodden, you’ll want to sing along loudly “You did me wrong, now sing along”

A Good Look takes us in a different direction and is a great time to mention that for this album, Simpson enlisted his long time road bass guitarist Chuck Bartles to record the studio bass parts for this endeavor. The bass guitar and overall groove take the spotlight for this track, it will make you tap a toe, if not jump out of your seat and dance.

Track 5 Make Art not Friends, takes you on a journey from the opening sequence of space jams, to a gorgeous verse with vocal hooks and synth melodies, a flood of the sensitive bad boy loner vibes given are overwhelming, this track has been the first that really made me want to watch the movie and meet this character. 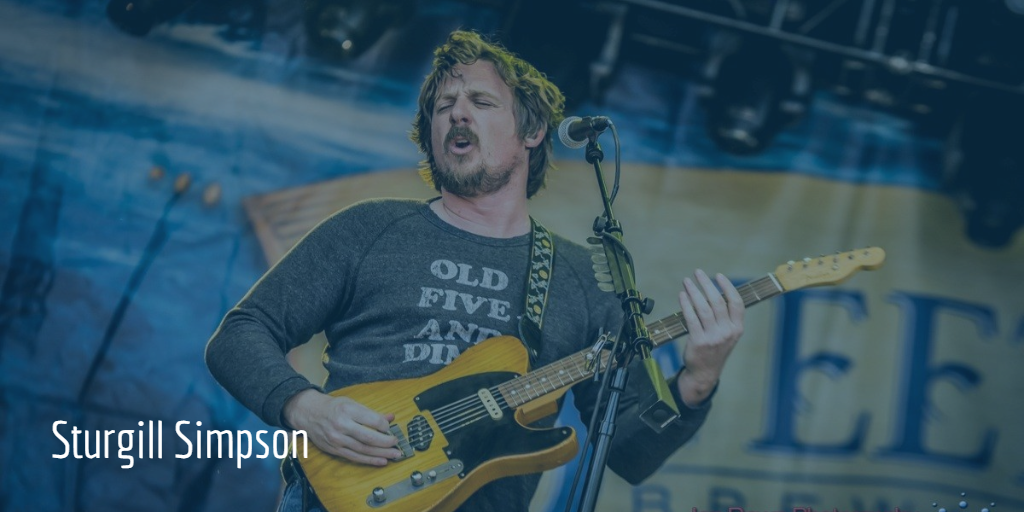 Best Clockmaker on Mars, so far we’ve had our Sound and now we get our Fury, a great rock-n-roll piece changing the pace of the album in a great spot. Leading us into All Said and Done, a perfect space ballad and again the further the album goes along the more the urge to watch the film becomes present.

Last Man Standing gives this writer a feeling of nostalgia, the first time I saw Strugill Simpson was in a dive bar and this was how he sounded, so raw and pure energy. One of the many hats Simpson can wear, and he wears the rock-n-roll hat so well.

Mercury in Retrograde throws the listener a curve ball, up until this point we have felt the Space Synth aspect (Sound) and the Rock-n-Roll (Fury), on first listen this track doesn’t fit the album at all, once again I need to mention that the film may change the listening experience and make this track make more sense as to the theme of the album.

To close the album Fastest Horse in Town, a slow, sludgy jam to open, dragging power of Simpsons vocal and this track is heavy. A great jam and a perfect way to end the album, a punch in the jaw.

In closing this album is what we’ve come to expect from Sturgill and crew and that is great product, totally different from the last release but fits in perfectly with his catalog. At the end of the day as great as the music compositions are the albums are about the voice, and it’s the best in the business. To answer my pre listen question of “How far are we travelling” my response is that the destination is not nearly as important as the journey, at times I felt this must be how space in the early 70’s was, at times I visualized a lonely hero trapped in his bedroom waiting to be seen, this trip takes us past far enough out, 5 stars out to be exact.