Ian Fraser “Lemmy” Kilmister was an English musician, singer and songwriter. He is best known as the lead vocalist, bassist, principal songwriter and the founding and sole constant member of the heavy metal band Motörhead as well as being a former member of Hawkwind. 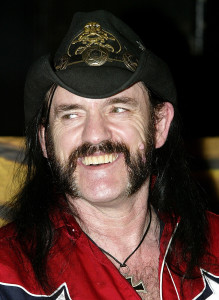 Lemmy died at his home in Los Angeles, California, at 16:00 PST following a “short battle with an extremely aggressive cancer”.  Motörhead announced his death on their official Facebook page later that day. According to the band, he had learned of the disease on 26 December, two days prior to his death.