Fall CD Releases You Must Check Out

I love finding new music.  I try to listen to a new band every day!  I’m always thinking that my new favorite band is just around the corner.  Like a lot of people I am “multi-genre”  Give me Classic Rock, Jam Bands, 80’s on 8 or any mixture of Old School Country and Bluegrass.  I can find my way around a Classical playlist or one of my retro rock bands from back in the day.  But… my mostly unknown love… my “get in the car and drive for hours” … my biggest appreciation for the craft of musicianship is in the Prog World.  There is something about those epic arrangements with complex time signatures, those concept albums that make you appreciate world class musicianship.  Prog.. I love it.

Before you give up on me and say all prog is the same give me a second.  Like all other genres there are many styles within prog.  Metal, Fusion, Smart Rock, HIppie and the list goes on.

Here are three upcoming releases from some of my favorite bands that fall in to the “Prog” category.  I am pumped to get these projects in my hands.  Just think, your next favorite band might just be listed below! 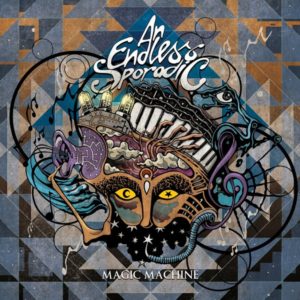 This album is a 10 track instrumental adventure that is touted as conceptual & movie score’ish.

Comments Zach: “I feel that Magic Machine was created out of a strong desire to bring out the true intention of the name, An Endless Sporadic. I have always had a passion for music that was part of a bigger story, where ideas can take time to develop and be presented in many different ways. “ 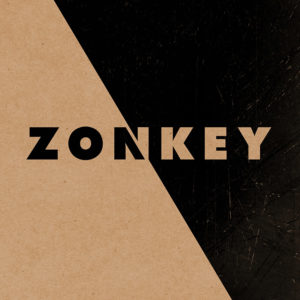 Umphrey’s McGee falls easily into the Jam Band/Hippie Rock category of Prog.  They are as goofy as they are musical phenoms and ZONKEY doesn’t disappoint.  A studio album made entirely of mashups just had to happen.  U.M. is famous for sprinkling classic mashups and covers into there set over the last nearly two decades.

I dare anyone to look over this track listing and not want to have this CD in there collection. 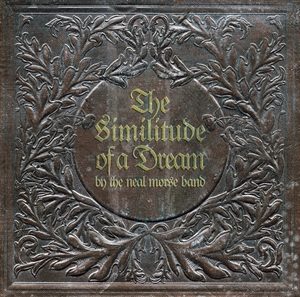 Made up of prog legends Neil Morse & Mike Portnoy along with Randy George, Eric Gillette and Bill Hubauer this project is being held as a career triumph.  Portnoy said it best….

“OMG…I am BLOWN AWAY.. I am completely FLOORED…By the time I was rounding the album’s grand finale, the goosebumps were so overwhelming I actually uncontrollably wept like a baby!!! (I swear…..) In my 30+ year career, I consider myself to have made 2 masterpiece concept albums: Dream Theater’s Scenes From A Memory & Transatlantic’s The Whirlwind…

Ladies & Gentlemen, In my opinion, we have ABSOLUTELY TOPPED them both! THIS is THE ALBUM of mine (& Neal’s) careers…it’s so monumentally EPIC and perfect in every way….”

This project is over 100 minutes on 2 CD’s with 23 tracks!  Described as a musical journey that will leave you inspired as only music can.  As a musician this project inspires me to write better, to arrange better and to strive for more.  Check out this FREE song.. LongDay/Overture