One of the true voices of Rock and Roll, Chris Cornell lead singer of the bands Soundgarden and Audioslave, has died at age 52, and police said Thursday that his death is being investigated as a possible suicide.

Cornell, who had been on tour, died Wednesday night in Detroit, Cornell’s representative Brian Bumbery said in a statement to The Associated Press. Cornell had performed a Detroit concert with Soundgarden that night. 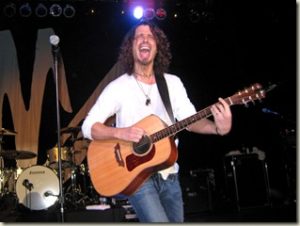 Chris was voted “Rock’s Greatest Singer” by readers of Guitar World, ranked 4th in the list of “Heavy Metal’s All-Time Top 100 Vocalists” by Hit Parader, 9th in the list of “Best Lead Singers of All Time” by Rolling Stone, and 12th in MTV’s “22 Greatest Voices in Music“.