LEGENDARY ZZ TOP MAKES A STOP AT THE CORBIN

In my 23 years of being on this earth, I never thought I
would be able to say that I have seen ZZ Top. To my surprise,
that would change on July 25 th , 2021. I have always wanted to
see ZZ Top as a youngster, especially during my high school
years. However, when I found out this legendary act were
making their way to Corbin, KY, I was dumbfounded. I could
not believe after waiting all this time, my dream of getting to see
ZZ Top was coming true! “Wow” is all I could really get to
come out. What made it even more special is my old man went
with me to experience this show. He had seen ZZ Top 14 times
previous, but now, it would be 15. How awesome is that? Makes
all the difference when someone you truly care about is with you
and the memories are being made. With that being said, let’s
look back at this unforgettable experience.

I had no idea ZZ Top had an opening act. I thought they were
going to be by themselves, but oh, was I wrong. ZZ Top’s
opener would be no other than Marquise Knox. Marquise hails
from St. Louis, MO. The feeling of the blues lives in this man!
There are not many blues guys running around like there used to
be, but gee oh, Marquise Knox is keeping it alive! He got his
start at 14 years old!! How mind blowing?! In life, you hear
people talk about purpose, I believe this young man found his
purpose! He is here to give us the blues and what an amazing

job he does with it! Marquise has 3 albums out. One being a live
album titled “Black and Blue” and the other 2 being studio
albums titled “Man Child” and “Here I Am”. Please do yourself
a favor and check this gentleman out. This guy can absolutely
shred a guitar more precise than someone shredding cheese
through a cheese grater. He has the skill, he has the vocals, and
most importantly, the blues is in his blood and he’s not one bit
afraid to show it.

When Marquise came out to perform, he won Corbin over fast!
It was like watching a young B.B. King in action! I could not
believe the soul Marquise had. No doubt in my mind or anyone
else’s mind in attendance, I’m sure, that his roots came from the
blues. The Allman Brothers once sung a song called “Soul
Shine”. My friends, Marquise had his soul shining so bright, I
thought I was going to have to grab some Ray Bans! Corbin was
eating it up! They loved Marquise’s blues and I honestly believe
he could have played 2 hours, and everyone would still be
grooving as if he just walked out to perform! Marquise got into
some stunning tracks such as “Here I Am”, “Blues Man”, and
even threw in some old, but gold blues tracks such as “Hoochie
Coochie Man” (Muddy Waters), “Smokestack Lighting”
(Howlin’ Wolf) and “Me and The Devil (Robert Johnson).
Marquise made some new fans that night, including myself!
When you have that much love for something you do, and are
passionate about it, it truly shows when you perform on the
stage. The chemistry Marquise had with his band and the
chemistry he had with his guitar, was remarkable. This

tremendous performance given by Marquise Knox was 10/10. I
would love to see him in concert again and again! If he comes
close to your city, please go out and see him. You will not be
disappointed. This gentleman is the real deal.

Now, it was time for that little ol’ band from Texas to rock
Corbin!

There isn’t much to say about ZZ Top that hasn’t already been
said. ZZ Top comes from Houston, TX. They got their start in
1969. Something that is very notable about ZZ Top is all 3
members have been original since the beginning. That is super
rare to see in a band, especially a 3 – piece. It takes a
brotherhood to stick together like these 3 have. It’s very
inspiring honestly. Billy Gibbons was in another project before
ZZ Top titled “The Moving Sidewalks”. Billy was good friends
with Jimi Hendrix as well. If I had been in Billy Gibbons shoes,
I would have chills up and down my spine just to know this
legend. When Billy formed ZZ Top, he seen 2 gentlemen named
“Dusty Hill” and “Frank “Rube” Beard” in a band called
“American Blues”. He quickly settled on having those 2. As
they say, “the rest is history”. Their first album came out in 1971
titled “ZZ Top’s First Album”. In my opinion, there couldn’t
have been a better title for their debut. It was simple and to the
point. It would be one of the best ZZ Top albums made. Every
album was amazing, but that first album was incredible!! Now

that a little history has been told about ZZ Top, let’s get to the
show!

When ZZ Top came out, the Arena melted! I mean, it was like
ice cream on a 100-degree day! It just disintegrated! Everyone
was on their feet! Corbin was so thrilled to see ZZ Top! But,
something was different. Something seemed off about their
appearance. That was because Dusty Hill was not in attendance.
He was having hip trouble and flew back to Texas to recover
while long time guitar tech, Elwood Francis, took Dusty’s spot.
It was sad that Dusty was not in attendance, but he wanted the
show to go on. ZZ Top started the night off with “Gimme All
Your Lovin”. Now talk about a LOUD crowd! I could not
believe the excitement that Corbin had! It was brilliant! ZZ Top
was just getting started though. They played huge hits such as
“Sharp Dressed Man”, “La Grange”, “Tush”. “Just Got Paid”
and “Waitin’ for The Bus/Jesus Just Left Chicago”. What an
incredible setlist from ZZ Top. They played about 15 or 16
songs that night and I loved every single second of it. ZZ Top
had a special feeling about them. I felt a warm feeling inside me
the whole night through. I’m not sure if it was the spirit of Dusty
Hill in attendance, or if it was just the magic of the amazing
music that was being played, but something special was in that
building that night. Not to mention, I really liked Frank Beard’s
drum kit. Oh man, talk about eye candy. Frank’s live drum set
usually is made out of car parts, which I think is extraordinary.
You never see something like that. He had barrels attached to his
kick drum heads that night, which you will be able to see in the

pictures with this review. Frank Beard is an underrated drummer
in my book and should receive more credit. He can lay down a
groove like no other and has no problem keeping it up for as
long as he needs to.

Overall, the show was amazing, and I was so happy I got to
experience ZZ Top live! Billy Gibbons, Elwood Francis and
Frank Beard did a phenomenal job at the Corbin Arena, and I
truly hope I get to see them another time or 2, even if Dusty
won’t be there anymore. I will say this before closing, Billy
Gibbons knows his way around a guitar. He did an outstanding
job with his Texas style blues sound and his string melting
guitar solos. Elwood did a super job replacing Dusty. There
could not have been a better replacement in my mind. I truly
believe Dusty would have been super proud of Elwood. 10/10
performance.

A HUGE thank you to the Corbin Arena for getting ZZ Top to
perform! It couldn’t have been any better. This show was so
special. Like I said before, I am so thrilled I got to witness this
performance live. I could not be any happier.

Usually, this is where I would say to support live music, but its
going to be different for this article. Sadly, July 27 th , 2021, we
lost original bassist for ZZ Top, Dusty Hill. It hit me like a bolt
of lightning when I found out. Being a ZZ Top fan for

practically all of my life, and to hear about Dusty’s passing,
really hurt me inside. May we remember a bass extraordinaire
and a truly amazing human being. Thank you, Joseph Michael
“Dusty” Hill, for everything you have done for music, ZZ Top,
and most importantly, thank you for what you have left with the
fans. Your music will live on forever in the hearts and in the ears
of all the rock n roll family. May you find peace and comfort.
God Bless you, Dusty. Thank you once again, for everything. 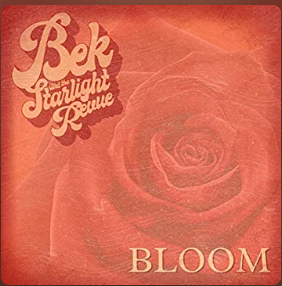 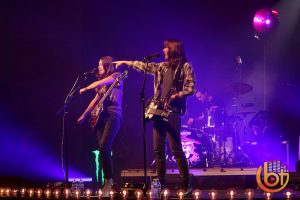 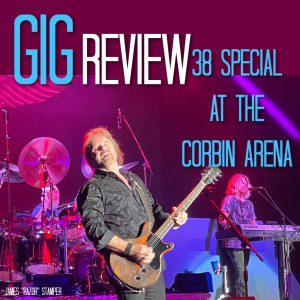